The 25th of January is fast-approaching and Scotland is bristling. Each year on this day — the anniversary of their most celebrated poet’s birth — preparations begin for the night ahead. Burns Night, or Burns Supper, is an evening where the all those who participate feast on haggis (a savoury Scottish delicacy of sheep’s heart, liver and lungs minced with onion, oatmeal and suet which is seasoned before being wrapped in sheep’s stomach and cooked), neeps and tatties (turnips and potatoes to the rest of us) and perhaps most filling of all: Burns’ poetry and song.

Below are just a few of the reasons why are we paying homage to Robert Burns, the Bard of Ayrshire, known affectionately as Rabbie Burns and widely-regarded as Scotland’s national poet:

Having died before the invention of photography, our perceptions of the Scottish poet and lyricist are much based on his portraits. In each and everyone, the Scottish poet sports a clean-shaven, well-defined jaw.

Although technically this was pretty much the only way to shave in the 18th century, we are still impressed. See his razor and shaving mirror below: 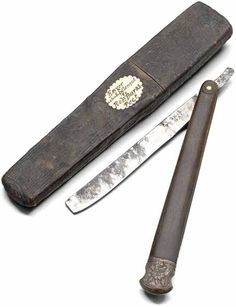 In his poetic portrait of his publisher, Mr William Smellie, Burns focuses his attention on the growing scruff of his dear friend and counted the days until ‘shaving night’. Read the poem below:

The old cock’d hat, the grey surtout the same;

A head for thought profound and clear, unmatch’d;

Yet tho’ his caustic wit was biting-rude,

His heart was warm, benevolent, and good.

ROBERT BURNS INFLUENCED THE IMPORTANT COUNTRIES TO OUR BRAND

Through the ages, Burns’ influence around the world has been astonishingly far-stretching. As far as America is concerned, it is said that even Abraham Lincoln could recite many of the poet’s works by heart and Auld Lang Syne, arguably his most famous work has appeared in over 170 Hollywood films. American writer John Steinbeck also took the title of his most famous work, Of Mice & Men, from a Robert Burns poem. In Japan, the jingle at pedestrian crossings is a rendition of his song Coming Through The Rye.

“Dare to be honest and fear no labour.” — Taken from a Robert Burns letter to R. Graham of Fintry, dated December 9, 1789.